10 Things In Season as the New Year Starts

1. Diet Foods - Look for coupons and deals for food items that promote weight loss. This can be everything from Special K cereal and shakes to Lean Cuisine or Adkins frozen meals. Meal replacement bars, power bars and such are also often on sale this time of year with coupons to match.

2. Lighter Fare - In addition, watch for coupon and deal on items such as Tuna, bagged salads and salad dressings. Look for more of these deals as we head into spring. 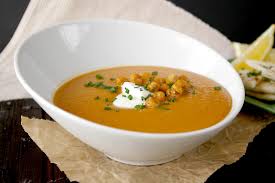 3. Soups - With cold weather still upon, look for deals and matching coupons on soups. Campbells, Imagine and Progresso all release coupons during cold weather months.

4. Frozen Foods - Prices for many frozen foods go down during cold winter months. This includes everything from pizza to family style lasagne to individual tv dinners and frozen waffles. By matching coupons to lower sale prices, you should be able to save about 33% on frozen foods on the average.

5. Vitamins - Everyone is on a health kick at the start of the year so watch for higher value coupons to match with BOGO sales to make the most out of your mone when stocking up on vitamins for both kids and adults.

6. Cold & Flu medications - Watch for coupons for everything from cough elixer and throat lozenges to Alka Seltzer and more during cold winter weather. 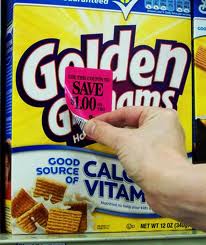 7. Cereal - Usually as the kiddos head back to school after a break for the winter holidays, stores run specials on cereals. Combine these great sales with coupons to really knock the price down. Some stores will even sweetened the deal by giving away free milk when you buy certain quantities.

8. Smoking Cessatation Products - Watch for high value coupons for these products as many people start out the January with a new year's resolution to quit smoking.

9. Cookie Dough, Baking Kits, Chocolate Chips, Nuts  - Stores stock up on these items during the holiday months since so many people still do some amount of holiday baking. But now that the holidays are over, it's time to move these items off the shelves as people start dieting. Watch for rock bottom clearance pricing that you can combine with coupons. Start watching in December for coupons for boxed baking kits that do not expire to mid January are later to really bring the price down on these clearance items. Refrigerated cookie dough can be frozen and used over a year later. I usually stock up on lots of baking items for the following year by purchasing these items on clearance and with coupons.  This method has cut my costs on my holiday baking down to about 75%. For instance, Kroger currently is clearing out its holiday flavors (peanut butter, sugar, peppermint sugar, gingerbread) of Pillsbury Refrigerated Cookie Dough. You can get a big roll of cookie chub for just $1.50. Before Christmas, this stuff can run up to $4 per chub, which makes that $1.50 price look mighty good. Add in that Pillsbury has a coupon that is good until February for an entire dollar off just one package and you are now getting cookie dough for just 50 cents a roll!  This is also a great time to stock up on clearance prices for nuts. Watch for coupons from Planters, Red Diamond and Fisher to sweeten the deals! 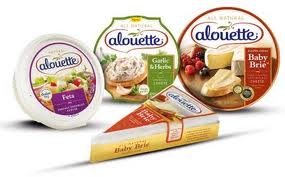 10. Cheese - Cheese is usually very expensive especially those fancy cheeses that are served at holiday parties. Start watching expiration dates on coupons issued in December so they can be used on cheese markdowns after the first of the year. One of my favorite coupons is $1 off Alouette Cheese. Some of these can run up to $7 but can be marked down as low as a buck once New Year's Eve parties have passed. Combine these drastic markdowns with a $1 off coupons to bring home some fancy cheese at prices as low as FREE!

Categories: Just 10 Things to Help You Save Money

Oops, you forgot something.

The words you entered did not match the given text. Please try again.